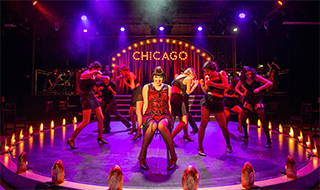 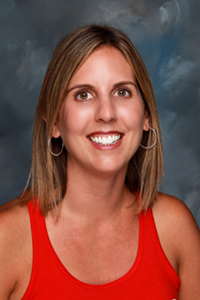 Nicole Thompson is thrilled to be the head of the Drama program here at Palos Verdes High School. Named 2017 Educator of the year, Nicole holds a BA in Dramatic Arts from the University of California, Santa Barbara, a teaching credential in Drama/English from San Diego State University, and has trained at New York University’s CAP21 Musical Theatre Conservatory. Prior to teaching at PVHS, she taught in San Diego at the Coronado School of the Arts, the La Jolla Playhouse, and the Old Globe Theatre. Her directing credits include Palos Verdes High School’s award winning productions of Pippin (John Raitt Awards for Youth (JRAY) for Best Ensemble) and Joseph and the Amazing Technicolor Dreamcoat (Jerry Herman Award for Best Director and JRAY Musical of the Year).

This course is designed to give students a high-performing opportunity to combine singing and dancing talents in an educational and performance setting. Students will learn and practice basic techniques in singing, dancing, auditioning, and musical theatre. Students will participate in two productions, which will showcase their talents and skills learned in class.